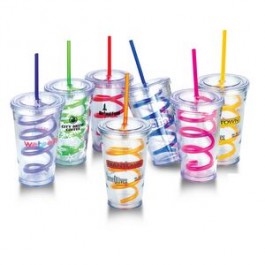 Dear old Luka Mišetić has found za shodno to reply to a post I put up on 23 June. There’s some playing with expressions involving straws, a little bit of recapitulation of the sinister workings of the Djupröven spy conspiracy, and some repetition of used courtroom and media arguments. Hi, Luka! 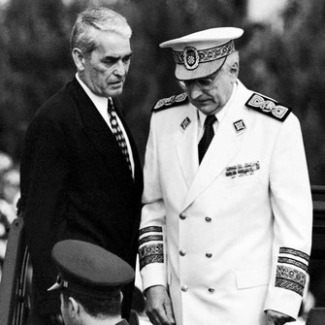 The ICTY appeals chamber has issued a judgment acquitting Ante Gotovina and Mladen Markač of crimes for which they were previously convicted. At first reading, the judgment seems to be a radical one that creates new law – and the new law it creates will be encouraging to military commanders who want to target civilians and to politicians who want to engineer the expulsion of civilians.

Some people are delighted with the judgment and other people are outraged, with divisions following predictable political lines. The appeals chamber itself is no less divided. The five judges on the panel made most of their decisions by a 3-2 vote. Counting the main judgment, the two dissenting opinions, and the two separate opinions given by judges voting with the majority, five judges issued five opinions in the case. So consensus about the law and the facts of the case is not any greater among the members of the appeals chamber than it is in the public. This gives us a result that does not settle controversies, but keeps them burning for a good long time.

Gotovina’s counsel offered a Rodney King defence to the charge that civilians were encouraged to flee because of indiscriminate shelling of the towns where they lived. Shell by shell, they argued it could not be demonstrated which particular attack by explosives caused which civilian to flee. The appeals chamber accepted the argument, rejecting the prosecution’s contention that people were compelled to leave not by one or another particular shell, but by the overall environment of attack that comprised a central element of military strategy (para. 19).

The appeals chamber made a strange decision on the status of the joint criminal enterprise to forcibly expel the civilian population: they decided that their adoption of the Rodney King standard on shelling makes irrelevant the documentary evidence from the Brioni transcripts and the public statements of Franjo Tuđman that indicate that expulsion of the civilian population was a goal of the military operation. Instead they decided (paras. 81-82) that an examination of the Brioni transcripts does not indicate any specific order to make any specific artillery attack. So they decided that the “circumstantial evidence” (para. 91) does not demonstrate the existence of a joint criminal enterprise, while disregarding the direct evidence.

Here it gets weird. Referring to the implementation of plans to expel civilians, the appeals chamber reaches the conclusion that “discussion of pretexts for artillery attacks, of potential civilian departures, and of provision of exit corridors could be reasonably interpreted as referring to lawful combat operations and public relations efforts” (para. 93). Similarly they find that “the fact that Croatia adopted discriminatory measures after the departures of Serb civilians from the Krajina does not demonstrate that these departures were forced” (para. 95). Score one for poststructuralist literary theory.

Agius builds his dissent around the sense that the majority “seems to lose sight of the essential question in this appeals case, being whether, based on the totality of the evidence, it was reasonable for the Trial Chamber to conclude that the attacks on the four towns were unlawful. At every turn, rather than looking at the totality of the evidence and the findings, the majority takes an overly compartmentalised and narrow view” (para. 3). According to Agius, the majority found that the trial chamber adopted an incorrect standard for determining whether artillery attacks were illegal, but rather than applying a correct standard “proceeds to discard all the evidence on record” (para. 13). So Agius finds that majority got it “respectfully, but completely” (paras. 43, 71) wrong.

No words of respect from Pocar, who in explaining why he has decided to “disagree with the reasoning and any major conclusions of the majority” (para. 1) finds himself challenged by “the sheer volume of errors and misconstructions” (para. 2) in the judgment. Like Agius, Pocar determines that the appeals chamber rejects a standard but “fails to conduct the review of the evidence it enounced it would do” (para. 8). Fundamentally the appeals chamber dismissed one piece in a set of “mutually reinforcing evidence” (para. 16) and consequently dismissed the entirety of the remaining evidence. In particular the majority declines to consider evidence directly (but not circumstantially) related to the operation of the joint criminal enterprise (paras. 20-22). And he asks a compelling question: “even if the majority wished to acquit Gotovina and Markač entirely, one might wonder what the majority wanted to achieve by quashing the mere existence of the JCE rather than concentrating on Gotovina’s and Markač’s significant contributions to the JCE. I leave it as an open question” (para. 30). More categorically than Agius, Pocar delares, “I fundamentally dissent from the entire appeal judgment, which contradicts any sense of justice” (para. 39).

The appeals chamber did a good deal more than many of the people arguing for the innocence of Gotovina and Markač expected. It did not find that the wrong people were charged and that subordinates were scapegoated for crimes that had been planned by cvećke like Franjo Tuđman and Gojko Šušak. It found that there were no crimes.

This is new law. It invalidates the distinction between military and civilian targets in the Hague and Geneva Conventions by finding that any target can be retrospectively defined as having been military. And it empties of content the category of illegal war objectives by finding that the articulation of policy is not relevant in the task of characterising a policy.

Both of these new legal standards will be very encouraging to criminals and to military commanders who plan on targeting civilians in the future. Both of them will give hope to the people defending Radovan Karadžić and Ratko Mladić, because by the standard proposed in the appeals judgment, much of what they are charged with is not illegal.